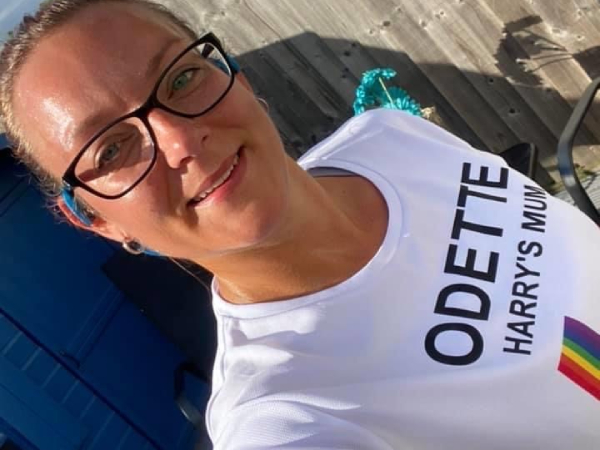 You may have read my title and frowned, intrigued with what I mean by self-medication. This blog will explain exactly what I mean and what I hope for is for you to gain an understanding of those who need medication and also for those who choose alternatives.

In 2012 just a few months after having my Rainbow baby, my hope through a storm Isaac, I found myself close to breaking point. I was shattered, barely getting any sleep as you’d quite imagine with a new-born, but alongside this I spent late evenings studying for a Health & Social care degree AND consuming file after file of paperwork relating to Harry’s death. All of this coupled with grieving myself and supporting my family with their grief.

I suspect many would have assumed I was happy and content with a loving distraction in our new-born baby. A fresh lease of life to sombre days I had often endured alone at home before his arrival. And I was happy that he was with us, safe and well and very much loved. But I’d had no time to process the constant anxiety felt for his mortality. I had faced the worst hand of cards for a parent, but I still thought more would come. Once he was in my arms, I was relieved, but that was short lived. The anxiety and worry had only been silenced, not resolved.

I hid how I felt and wasn’t once asked by a medical professional how I was coping, except for the completion of the 6-week check, which I lied on!! I wasn’t ready for paperwork to determine how I felt. That was too clinical and cold. Not the warmth you’d hope for when you are bearing your soul. Until I reached out to a local organisation, desperate for help and I opened up to the lovely lady who visited me, was I ready to express how I was feeling.

She made me realise that I was not a failure and I needed some help, more than I was capable of giving myself. Until this point, I had not asked for help to make me feel better; not when Harry died, not when I was at the depths of despair, not during the gut-wrenching meetings I had countless times at the hospital or with our solicitors. Not even when I was subjected to a psychological review that would determine if I was screwed up enough to warrant consideration of ‘being affected’ by my son’s death, and not when I poured over Harry’s notes, reliving my constant nightmare.

But this time, Harrys inquest was getting ever closer and I was desperate for resolution, to finally be heard and to receive the apology I had been waiting for since Harry’s death. So, I made a doctor’s appointment and arrived home with a little rectangular package containing 30 tiny little white tablets.

I was not happy to be taking tablets, I was embarrassed and upset that I was unable to help myself, but they were the lesser of 2 evils at this point. Neither did I feel supported in my decision to take them which only made me feel more of a failure.

They became what I would see now, a short term and necessary solution. They helped to numb my feelings or more so relax me but made me even more tired. Over time I realised that I had no drive, everything felt like an effort and the very thought of placing one foot in front of the other to move any quicker than a walk, was completely out of the question! It was as much as I could do to carry out the everyday necessities that came with being a Mum but with those sluggish days, I was able to get by without feeling on edge, overly anxious and worried about every little thing.

Looking back, I can’t fully recall how long I was taking them for but know they got me through the ordeal that was to come with a one-week inquest that delved into every detail about the care Harry had received while he was poorly. I still can’t imagine now what he must have been thinking or feeling and will never be fully rid of the guilt I feel about being unable to help him.

Some short time after receiving the apology – all I wanted when I embarked on the (almost 3-year journey) I realised that everything I had been driving for had been accomplished. I had finally got to the end of this journey. But now I felt bereft. Strange that I could feel like that, while grieving the worst possible grief. I look back now and see that I had supressed my grief and all of these events unfolding were unravelling that suppression. I thought that pushing through and being strong was how to solve my feelings, but I was wrong!

I honestly couldn’t tell you what or when the turning point was, I wish I could, so that this outpouring could at least provide some hope, but at some point, my mindset started to shift. Perhaps it was due to relief of the case being over, perhaps it was that the seeds of Harry’s legacy were growing and the in pouring of support for it, perhaps it was just that I could only supress myself for so long, it could even be that little Isaac was sleeping more than he had been ;0)

Either way, I knew I wanted to stop taking my pills, feel some energy and find myself again.

I didn’t do it right the first time, just choosing to stop the pills completely instead of consulting with my doctor. I felt worse very quickly and regretted my decision. The feelings of sickness and heart racing were too much, so I started to take the pills again. However, I sure noticed that I was getting my determination back as I wasn’t going to give in and this time, I sought proper advice, slowly weaning myself off until I felt at ease and stabilised. From here I was able to manifest my excess energy into challenges and exercise rather than into negative energy.

Over the years since I have run countless races including half marathons and my greatest achievement a full marathon in Milton Keynes. I have swum, skydived, crawled through lakes and up obstacles, zip lined the fastest line in the word and longest in Europe and my last achievement was cycling from London to Brighton. I thrive on supporting Harry’s legacy and most years I find a challenge or take part in one organised by Harry’s Rainbow. I get a great deal of satisfaction from being with others also achieve their goals and challenges. It’s such a great feeling. The abseil was due to take place in August and am really hoping it will go ahead soon.

I have bared my soul to you and you now know my journey through medication. There is nothing wrong in taking it, if it serves you. At the point it is not serving you, perhaps try alternative therapies but always discuss it with your designated medical professional.

I plan my week of exercise around running and going to the gym and sometimes I do need a push, but I know I will always feel better after. Exercise relieves me of tension, allows me to think and reflect, it also allows me to socialise with like minded individuals.

This is how I self-medicate.

I am so so excited and so grateful that Harry’s Rainbow and the board have entrusted their charity place to me to run the best race in the world in 2021. The London Marathon. Though I started my training early I was supposed to be running in April 2021, but it has been postponed until October 2021. So, I have over a year to ensure I remain fit and well and raise as much as I can for Harry’s Rainbow. If you can sponsor me, please go to https://uk.virginmoneygiving.com/OdetteRunsLondon

I already have an amazing sponsorship partner in Amina’s Flavours and am looking for 1 more to share my journey with. Please get in touch to discuss it odette@10yearstoolong.co.uk

I’m Harrys mummy. Harry died when he was 5 years old very unexpectedly. It was 10 years ago in March 2019. Is that relevant? I’m not sure! Every year following his death is the same. The numbness that has set in starts to lift and I feel it again...Read more